Garrett Soden, the Company’s President and CEO, commented, "Following the Brulpadda discovery offshore South Africa, we are very encouraged by Total’s progress on Block 11B/12B. The partners are working hard to maximize the value of the block. The first phase of 3D seismic was completed in the second quarter of 2019 to prepare for the multi-well drilling campaign in 2020. Additional 2D and 3D seismic surveys will start before the end of the year to better delineate the prospects and leads across the block. The next exploration well will target the Luiperd prospect and is expected to spud in the first quarter of 2020."

In the first quarter of 2019, the Brulpadda well was drilled in approximately 1,400 meters of water by the Odfjell Deepsea Stavanger semi-submersible rig. The well targeted two objectives in a deep marine fan sandstone system within combined stratigraphic/structural closure. Following the success of the main objective, the well was deepened to a final depth of 3,633 meters and was successful in the Brulpadda-deep prospect. The well encountered a total of 57 meters net gas condensate pay over two Lower Cretaceous high-quality reservoirs. The well also encountered oil pay in the upper reservoir. Core samples were taken in the upper reservoir, and a comprehensive logging and sampling program was performed over both reservoirs. The success at both the Brulpadda primary and deep targets significantly de-risks other similar prospects on Block 11B/12B.

In the second quarter of 2019, the joint venture partnership for Block 11B/12B completed the first phase of the 3D seismic acquisition program with Polarcus Limited ("Polarcus") using the Polarcus Asima vessel.

In the third quarter of 2019, the operator entered into a multi-well drilling contract with Odfjell Drilling for the Deepsea Stavanger semi-submersible rig, the same rig that drilled the Brulpadda discovery earlier this year.

FINANCIAL INFORMATION
(Unaudited; thousands of US dollars, except per share amounts)

The financial information in this table was selected from the Company’s unaudited consolidated financial statements for the three and nine months ended September 30, 2019 (the "Financial Statements"), which are available on SEDAR at www.sedar.com and the Company’s website www.africaenergycorp.com.

Operating expenses decreased by $0.5 million for the three months ended September 30, 2019 compared to the same period in 2018. Salaries and benefits decreased $0.4 million due to a decrease in staffing levels and a consulting services agreement whereby the Company provides new venture services that are recorded as a reduction to salaries and benefits.

Operating expenses were consistent for the nine months ended September 30, 2019 compared to the same period in 2018.

This information is information that Africa Energy is obliged to make public pursuant to the EU Market Abuse Regulation. The information was submitted for publication, through the agency of the contact persons set out above on November 8, 2019 at 5:30 p.m. Eastern Time.

Certain statements contained in this press release constitute forward-looking information. These statements relate to future events or the Company’s future performance, business prospects and opportunities, which are based on assumptions of management.

The use of any of the words "will", "expected" and similar expressions and statements relating to matters that are not historical facts are intended to identify forward-looking information and are based on the Company’s current belief or assumptions as to the outcome and timing of certain future events. These forward-looking statements involve risks and uncertainties relating to the results and costs of future exploratory drilling activity in Block 11B/12B, including other identified prospects and proposed exploration wells, the results of future 3D seismic acquisitions, and the results and costs of exploration activity and farmout efforts in Block 2B and PEL 37. In addition, there are ongoing risks and uncertainties relating to, among other things, changes in oil prices, results of other exploration and development activities, uninsured risks, regulatory changes, defects in title, availability of funds required to participate in the drilling activity, or of financing on reasonable terms, availability of materials and equipment, timeliness of government or other regulatory approvals, actual performance of facilities, availability of third party service providers, equipment and processes relative to specifications and expectations and unanticipated environmental impacts on operations. Actual future results may differ materially. Various assumptions or factors are typically applied in drawing conclusions or making the forecasts or projections set out in forward-looking information. Those assumptions and factors are based on information currently available to the Company. The forward-looking information contained in this release is made as of the date hereof and the Company is not obligated to update or revise any forward-looking information, whether as a result of new information, future events or otherwise, except as required by applicable securities laws. Because of the risks, uncertainties and assumptions contained herein, investors should not place undue reliance on forward-looking information. The foregoing statements expressly qualify any forward-looking information. 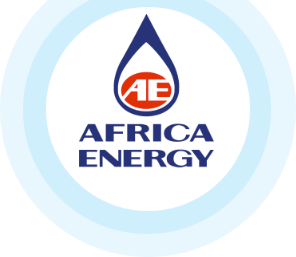